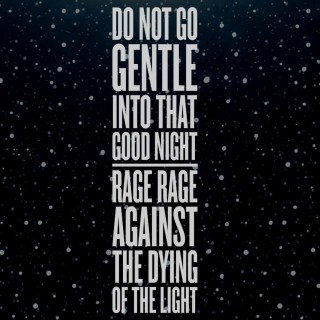 THE FASCINATING BIOLOGY OF ALLERGIES

A very big chunk of the worlds population suffers from some kind of allergy. Tremendous amounts of scientific research and studies have been made to understand the simple-looking concept of an allergy. Is it really that simple?

What Is An Allergy?

An allergy is an abnormal reaction of the immune system of our body to a foreign substance. This reaction may or may not be immediate. The immune system needs time to recognize and remember the allergen(Any substance that causes the body to have an allergic reaction).

As the body becomes sensitive to the substance, the immune system starts making antibodies to attack it. This process is called sensitization. It may take a few days or even a few years.

The Causes Of An Allergy

An allergy can literally be caused by anything under the Sun. However, the most common forms of an allergies are:

Allergies are not common to everyone. Some people’s bodies overreact to certain substances which in turn causes an allergic reaction.

In our body, substances called immunoglobulins(The antibodies created by our immune system) fight against foreign contaminants, that mainly consist of pathogens. These immunoglobulins are produced by Plasma B-cells of our body which are a type of B-lymphocyte which further are a type of Lymphocytes(Type of White Blood Cells).

Immunoglobulins are basically proteins (Gamma globulins). They are represented by the symbol ‘Ig’. They are of five types:

Ig-E is present in the body in extremely small amounts, about 1 part per million in blood plasma. People who have allergic reactions have more Ig-E present than normal. For example, a person with allergic asthma has six times as much Ig-E as one with non-allergic asthma.

Although numerous different chemicals are present as mediators, only two of them appear to play a role in human allergies. These are known as histamine and slow reacting substance (also known as SRA-A). Of these two, histamine is the chemical responsible for the side reactions we associate with allergies such as itching, swelling, and runny- nose.

These allergens can enter our body in four main ways:

How does Histamine works?

Histamine, formed by the breakdown of a common amino acid known as histidine, is found in high concentrations in the granules in mast cells, and is released as granules which move to the outer edge of the mast cell. They discharge the histamine through a temporary gap in the plasma membrane. In immediate reactions, histamine can account for many, if not all of the symptoms associated with an allergic reaction.

Histamine causes dilation of the blood vessels and increases the ability of blood fluids to leak out of capillaries. These fluids are responsible for the swelling of tissues. It also causes contraction and swelling of smooth muscles, stimulates the production of saliva, tears and secretes mucus. It can also cause a large drop in blood pressure and narrowing of airways, producing a condition known as anaphylactic shock, which can even lead to death.

Symptoms Of An Allergy

Common symptoms of an allergic reaction include:

When this is not possible or realistic, using antihistamines or decongestants when in contact with allergens can help to treat the symptoms.

There are other ways to treat an allergy but these are considered to be the best.

Some Interesting Facts Related To Allergies

From Travel to Science, anything and everything related to nature will be covered on the site, let us come together and build a platform where curiosity thrives!

No Copyright was intended for all the pictures used in this post.

One thought on “The Fascinating Biology Of Allergies”